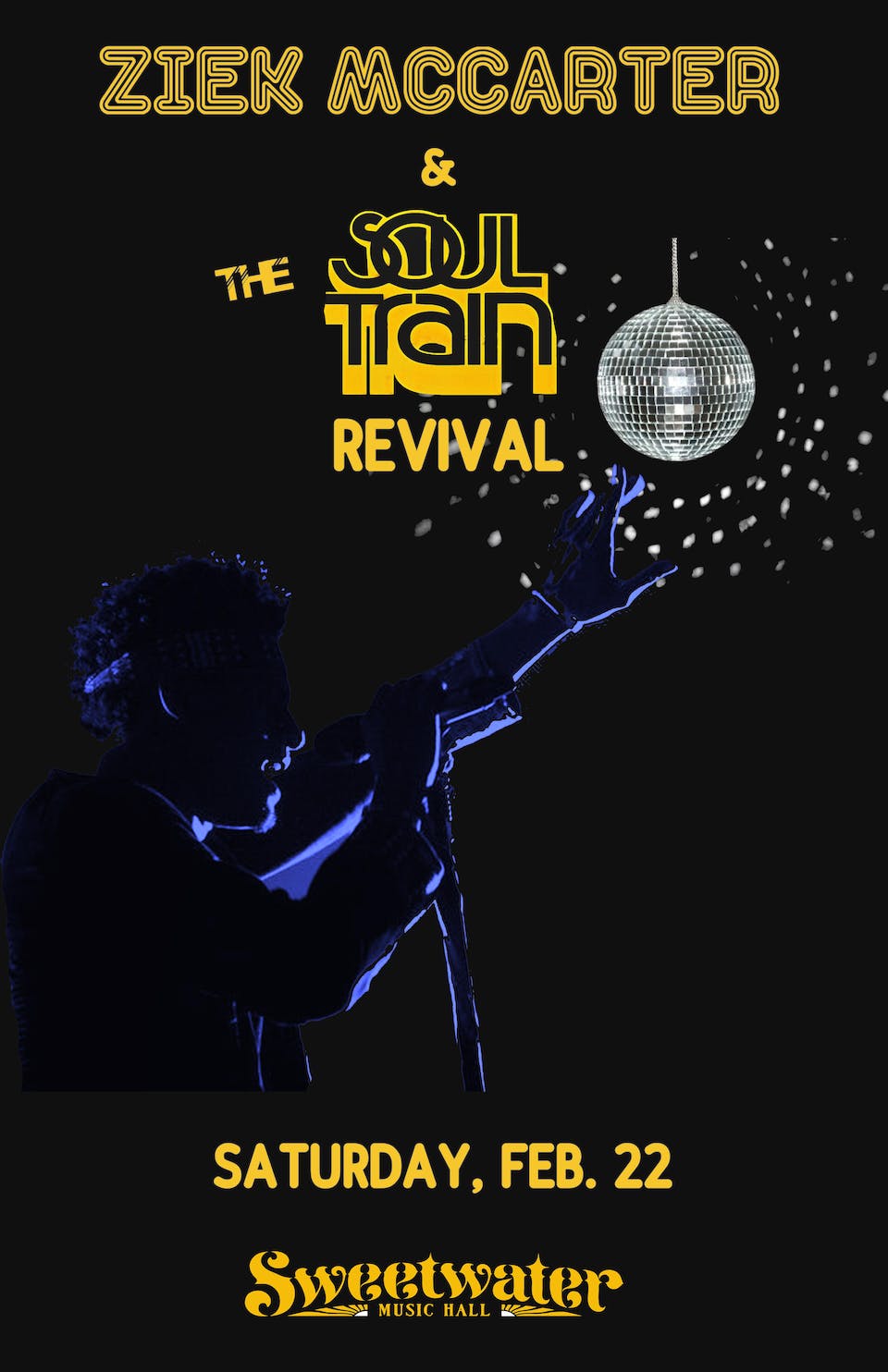 Pull out your 70’s gear, out on your dancing shoes and get ready for the return of The Soul Train Revival featuring Ziek McCarter & The Revival Band! Come get down and groove on the Soul Train Line to the timeless classics from greats like James Brown, Sly & The Family Stone, Stevie Wonder, Earth Wind and Fire, Jackson 5, Al Green, Marvin Gaye, Bee Gees, Kool & the Gang and many more! Featuring the most groovin’ live band starring:

Ziek McCarter is a Fillmore based Singer/Songwriter and Entertainer whose soulful voice and electrifying stage presence have become a captivating force from the Bay Area to the international stage. Ranging throughout the styles of Soul, R&B, Funk and Rock & Roll, and more. Which ever the style, Ziek is dedicated to the music; keepin it funky and raising spirits along the way. Guaranteed this amazing band of Bay Area All Stars are all aboard for the same!

“With charismatic singer Ziek McCarter bringing “the dance moves, splits and all, of James Brown”- (KQED)

“McCarter is the ultimate showman, bouncing around the stage with high-energy dance moves, using the mic stand as a prop...” (Washington Post).