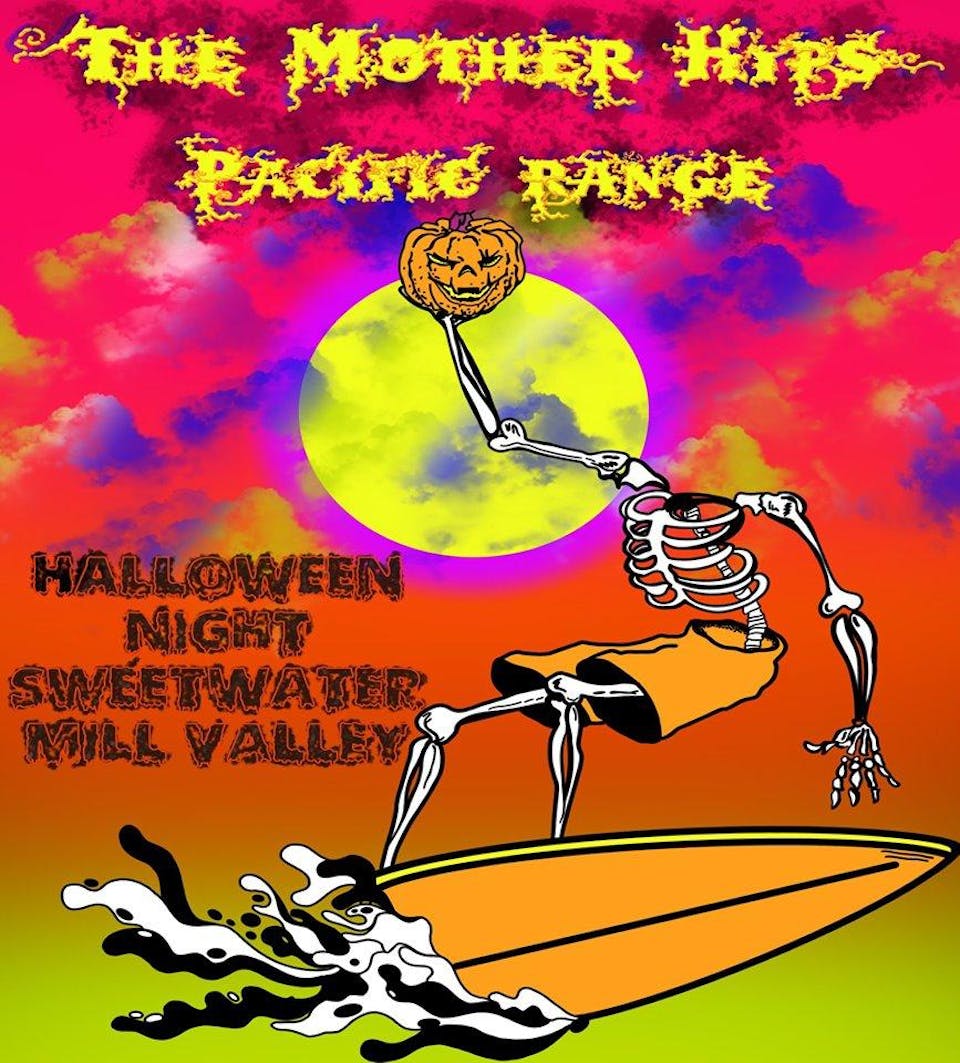 Twenty-five years into a celebrated career is an unlikely time to switch things up, but The Mother Hips have never been ones to follow convention. For their brilliant and exhilarating new release, ‘Chorus,’ the California stalwarts turned their recording process on its head, laying down elaborate studio demos to serve as a detailed roadmap for the album a full year before official recording sessions began. It was a step that offered both the time and the space to fully realize their music like never before, and the result is the most refined and cohesive album in The Mother Hips’catalog, one that marks the beginning of what promises to be their most creative and prolific chapter yet.

“We never did a lot of pre-production on our previous records,” says drummer John Hofer. “We had a system where we’d start recording and lock in the arrangements as we went, which was a fun way to work because you never knew how the songs were going to turn out.”

That spontaneity has always suited The Mother Hips, a band whose lofty reputation was built on the back of their spellbinding live shows, but by pushing themselves to work in a completely new way on ‘Chorus,’ they unlocked a slew of artistic rewards.

“Starting with these really fleshed out studio demos was exciting because it meant we could listen back months later with fresh ears,” says singer/guitarist/songwriter Tim Bluhm. “We could realize that a song might be more effective if we played it a little faster or sang it a little higher. It was like having a second chance to get everything just right.”

Bluhm co-founded The Mother Hips along with fellow guitarist/singer/songwriter Greg Loiacono while both were studying at Chico State in the early 90’s. Performing at frat parties quickly gave way to club shows, regional touring, and national buzz, and before they’d graduated from school, the band was signed to Rick Rubin’s American Recordings on the strength of their debut album, ‘Back To The Grotto.’ Over the ensuing two-and-a-half decades, they would go on to release eight more studio albums as they cemented their status as architects of a new breed of California rock and roll, one equally informed by the breezy harmonies of the Beach Boys, the funky roots of The Band, the psychedelic Americana of the Grateful Dead, and the soulful twang of The Byrds. Hailed by the San Francisco Chronicle as “one of the Bay Area’s most beloved live outfits,” their headline and festival performances became the stuff of legend and helped them earn dates with everyone from Johnny Cash and Wilco to Lucinda Williams and The Black Crowes. Rolling Stone called the band “divinely inspired,” while Pitchfork praised their “rootsy mix of 70’s rock and power pop,” and The New Yorker lauded their ability to “sing it sweet and play it dirty.”

It’s been five years since the band’s last studio release of new material, though, and it’s been a tumultuous time on multiple fronts to say the least. Members grappled with immense changes in their personal lives and pursued a variety of outside and solo projects. Bluhm nearly died in a speed flying accident when he slammed into a pile of felled trees at roughly 35 miles-per-hour, and his path to healing was an arduous and daunting one. For the band, the ability to revisit the songs they’d been writing and demoing during such turbulent times with the distance and perspective that comes from a year of personal growth and recovery proved to be invaluable.

“When we actually started recording these songs for the album, there was this whole new level of energy and inspiration and excitement to it,” reflects Loiacono. “There was such a positive vibe in the studio, and the emotions and the performances we captured were so much more fully realized because of it.”

The band is quick to credit part of that excitement to their new partnership with Blue Rose Music, whose support enabled the band to team up with acclaimed producer Karl Derfler (Tom Waits, Roky Erickson) and enter the studio in Oakland without the traditional time and budgetary constraints that might have inhibited the free flow of creativity or the exploratory spirit that defines the album.

“When you feel like you’re believed in, it’s amazing what you can do,” reflects Bluhm. “Blue Rose made us feel like what we were creating really mattered, and that feeling alone just doubles the energy available for any creative endeavor.”

The effect is clear from the opening moments of ‘Chorus,’ a richly melodic album that finds the Hips embracing their rock and roll roots with a renewed sense of vitality. They channel Chuck Berry and Jerry Lee Lewis on “Didn’t Pay The Bill,” tap into 70’s cosmic country on the soaring “It’s Alright,” and take a blistering turn into riff rock with “Hi Note Hitters.”“Clean Me Up,” meanwhile, calls to mind the rich harmonies ofalt-country contemporaries The Jayhawks, and the driving “I Went Down Hard” (a rare co-write between Bluhm and Loiacono) addresses Bluhm’s brush with mortality head-on through lyrics written and demoed from a hospital bed.

“At that point, I’d been pretty much confined to a hospital bed for four months,” says Bluhm, who often pulls his lyrical inspiration from dreams rather than his waking life. “Writing about the mindset and the events that led to the physical state I was in made a lot of sense to me.”

The band also made another obvious—though no less revelatory—decision by inviting their old friend Jackie Greene, once dubbed “the Prince of Americana” by the New York Times, to play bass on the record.

“I was familiar with Jackie’s bass playing and I always thought he had a great feel,”says Hofer, “but I turned out even happier than I thought I’d be in the end. Jackie approached the bass on this album like a songwriter rather than a bass player, and I was always so impressed with the choices he made. He really played to the songs.”

Greene is but one star in the wider universe of The Mother Hips, and cultivating an inclusive community of music lovers and fellow artists has always been central to their ethos. From the Hipnic—their intimate music festival held annually in Big Sur—to Hipsmas—their annual holiday series in San Francisco—the band has long prided themselves on carving out their own self-sustained, DIY ecosystem for touring, recording, and releasing music, and they’ve worked hard to foster meaningful relationships both with and amongst their extremely dedicated fanbase. That sense of community is, in fact, where the album’s title came from.

“We were thinking about the Greek chorus, and how they were sort of the interpreters, the collective consciousness of the play,” says Loiacono. “That led to thinking about the wider Mother Hips world and all the fans who are such an important part of everything we do. For us, ‘Chorus’ means that there’s more to The Mother Hips than just the musicians and the lead singers. There’s this whole other side to the band that’s made up of everybody who’s part of this journey with us.”

Twenty-five years on, the journey continues with more joy and meaning and depth for the band and their fans than ever before. The Mother Hips may have turned their recording process upside down on ‘Chorus,’ but some things will never change 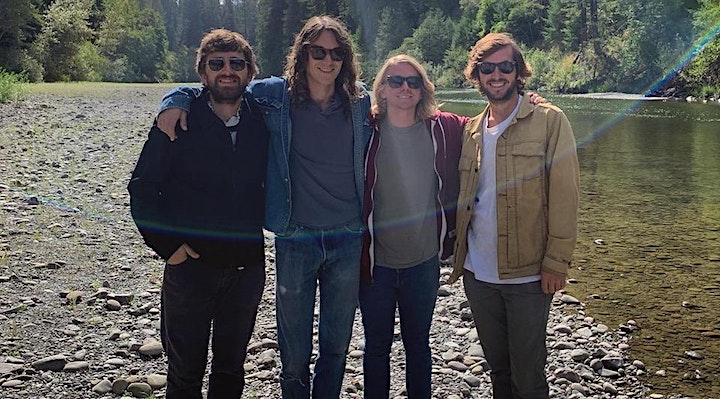 Pacific Range is rooted in the beautiful, sunshiny-coast of California. The band's style takes from many influences ranging from The Allman Brothers and Grateful Dead, to The Band and The Flying Burrito Brothers. Seamus Turner (guitar & vocals) and Nate Ward​ (drums) met around 2013 while studying music at Chico State. After jamming together and discovering a strong musical connection they formed the band Dakota Cree. Being music students, they utilized the university's recording studio to record an EP. Soon they began performing for different school events and playing local clubs around town.

The group went through several incarnations, graduations, and moves and eventually landed in Los Angeles. They are now performing as a four-piece with bassist Cameron Wehrle and keyboardist & guitarist Stewart Forgey. Cameron joined the group after seeing one of Pacific Range's live performances and bonding over a love for The Allman Brothers. He then brought along Stewart, a high school friend of Cameron's, and ex-band-mate from the group Echophonics. Stew performs session work and runs his own own studio at The Dock in Glendale.

Pacific Range has done a lot since their inception and is anticipating the release of a new album at the start of 2020. Some of the places you may have seen them include Topanga Days Music Festival, Pappy & Harriet's, The Echo, and Casa Escobar. Take a listen to their album Pacific Range, which was recorded almost entirely live and showcases their improvisational style. Thanks for listening.