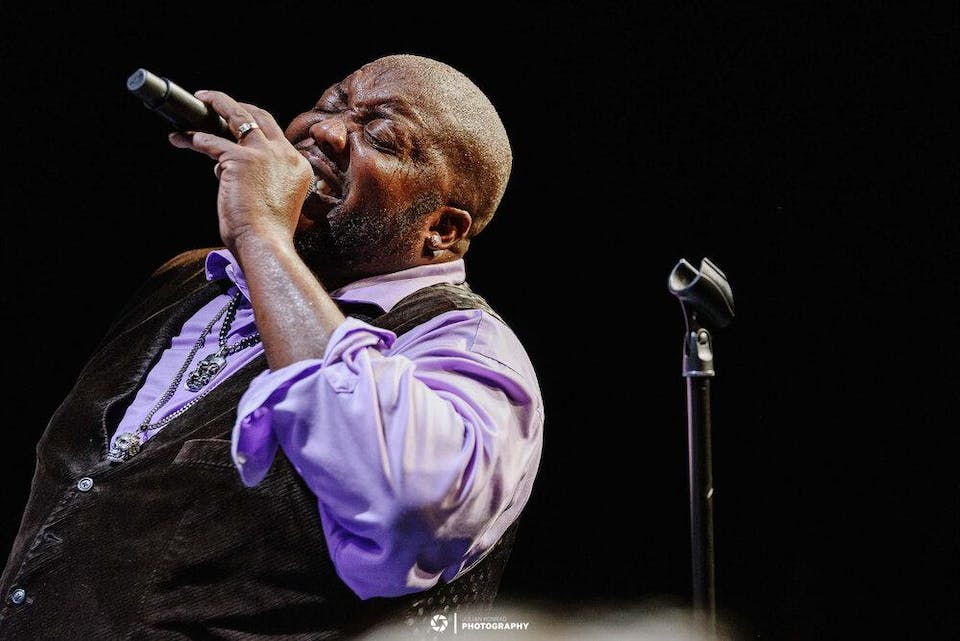 Sugaray Rayford is a colossus of an entertainer with a voice so big it could knock a house down, yet at times, so tender it could “move you to tears” (UK Vibe). “A true badass marrying the funky soulfulness of classic R&B records while acknowledging contemporary sensibilities.” (Pop Matters)

Somebody Save Me, Rayford’s first release for Forty Below Records is an ambitious album that slides gracefully between the new blues of Gary Clarke Jr. and Fantastic Negrito and the vintage Daptones soul of the late Charles Bradley and Sharon Jones, for “a sound that’s undeniably fresh and inspired.” (Albumism). It is “top stuff, indeed!” (Echoes Music Magazine).

Sugaray Rayford ‘s early years were full of turmoil. His mother struggled to raise three boys alone while battling cancer. “She suffered and we suffered,” Rayford says. “Then, we moved in with my grandmother and our lives improved. We ate every day and we were in church every day, which I loved. I grew up in gospel and soul.” Rayford began his musical career at the tender age of seven, singing and playing drums in church, and his gospel influences definitely shine through in his music. The soulful rasp and emotive vocal style hint at his first-hand experience with hardship, and a childhood marked by poverty and loss.

As an African American youth growing up in poverty, Rayford, like many in these communities, saw two paths out, drugs or the military. Rayford chose The Marines and served for 10 years. But Rayford doesn’t fit widely held perceptions of the military as is evident in the lyrics of songs like “Time to Get Movin’” or “Dark Night of The Soul.” Sugar recalls, “Eric (Corne) and I talked about the traditions of soul music and the powerful social messages of artists like Marvin Gaye, Aretha, Sly Stone, Sam Cooke and James Brown. We both felt strongly about social justice and wanted that to be a focus of the music. But to offset the darker side we wanted to be sure to include songs expressing light and love and that’s what you get with “You and I”, “Is it Just Me” and the two beautiful ballads, “My Cards Are on the Table” and “Somebody Save Me.”

Produced by Forty Below Records founder Eric Corne, Somebody Save Me “features a killer band and was recorded live, giving a sweaty, urgent vibe that is tough to capture, but magic when it happens.” (Soul Tracks). “With an all-star cast of musicians from the bands of Dwight Yoakam, Jakob Dylan and Mavis Staples, plus the horn section from Late Night with Conan O’Brien, the soulful blues, gospel and R’n’B coalesce into a 10-track rave-up that should satisfy fans of all three genres.” (Goldmine Magazine)

If you listen closely to Sugaray’s music, or even better, attend a concert, you will hear a mélange of black roots music including soul, blues, funk, gospel, jazz, rock n’ roll and even shades of reggae and hip hop. “Think back to, say, the Golden days of Chess and people like Howlin’ Wolf and Muddy Waters; then factor in the sound of classic soul men like Solomon Burke and add a sprinkle of the big voiced icons like Teddy P and you’re getting near to the sound of Sugaray Rayford. Float that over an authentic soul backing in the manner of Daptone and Stax and you’re getting near to the sound of ‘Somebody Save Me’.” (Soul and Jazz and Funk)

In the studio and in person, Sugaray Rayford is developing a reputation as a force to be reckoned with and an artist to watch in the coming years. So, “Sit back and listen to one of today’s best blues-soul singers. Even better, attend one of his live performances where his energy can totally galvanize an audience.” (Elmore Magazine) 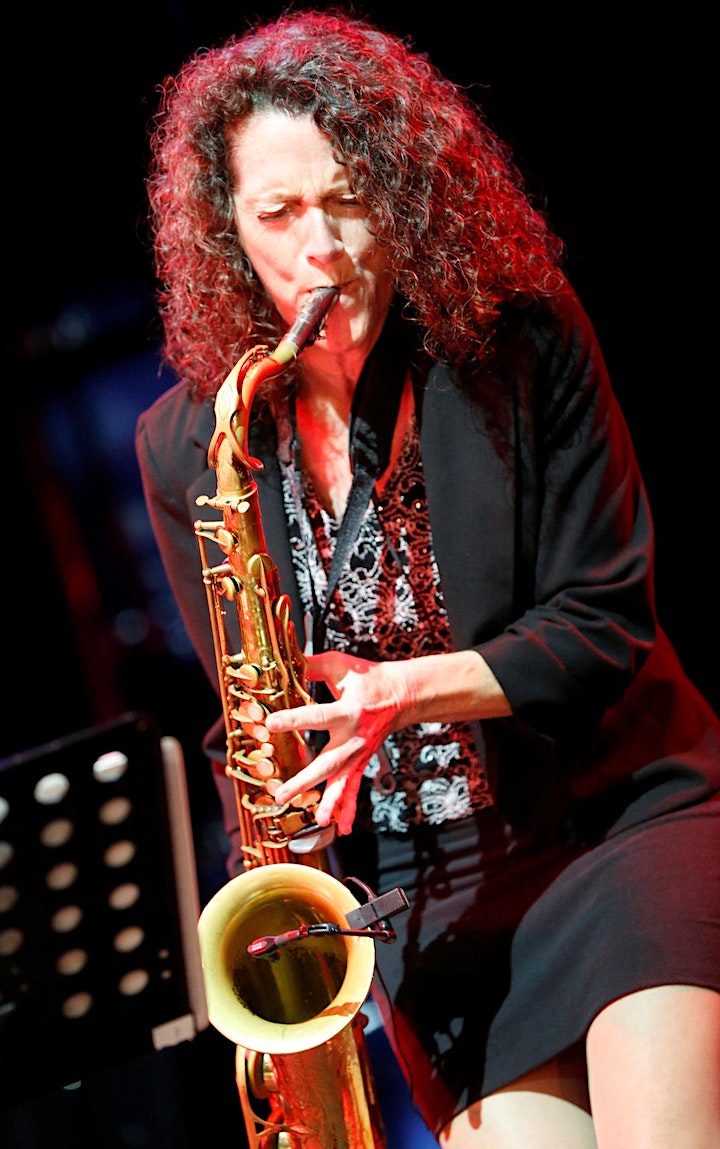 Nancy Wright is one of the most highly respected and in-demand sax players on today’s blues, Americana and R&B scene. Major music writers have hailed her big-toned tenor and compared her to the all-time greats.

Though she’s called the Bay Area home for 30 years, Wright’s saxophone career got its start in Dayton, Ohio. She was a classically-trained bassoon player majoring in Music, when the university theater department offered her the sax player role in a production of “Cabaret.” Arriving early for rehearsal one day, she found a group of musicians in the hallway jamming on the blues. They invited her to sit in. “The coin dropped that day,” says Wright, “and I discovered the world of improvisation.” Having trained on piano, violin, concert harp, flute and brass, as well as bassoon, Wright says it was also “a question of finally getting to the right instrument.”

While in Dayton, she discovered a mentor in Lonnie Mack, one of the founding fathers of blues-rock guitar, joining him regularly on stage. She also toured with Grammy-award winner John Lee Hooker, performing at Carnegie Hall and the Mississippi Delta Blues Festival, and performed with Stevie Ray Vaughn, Albert King, and Albert Collins.

Wright continues to tour regularly, playing major festivals and clubs with headlining artists and her own band. She is a popular regular on the Legendary Rhythm & Blues Cruise, performing with Tommy Castro and the Painkillers.