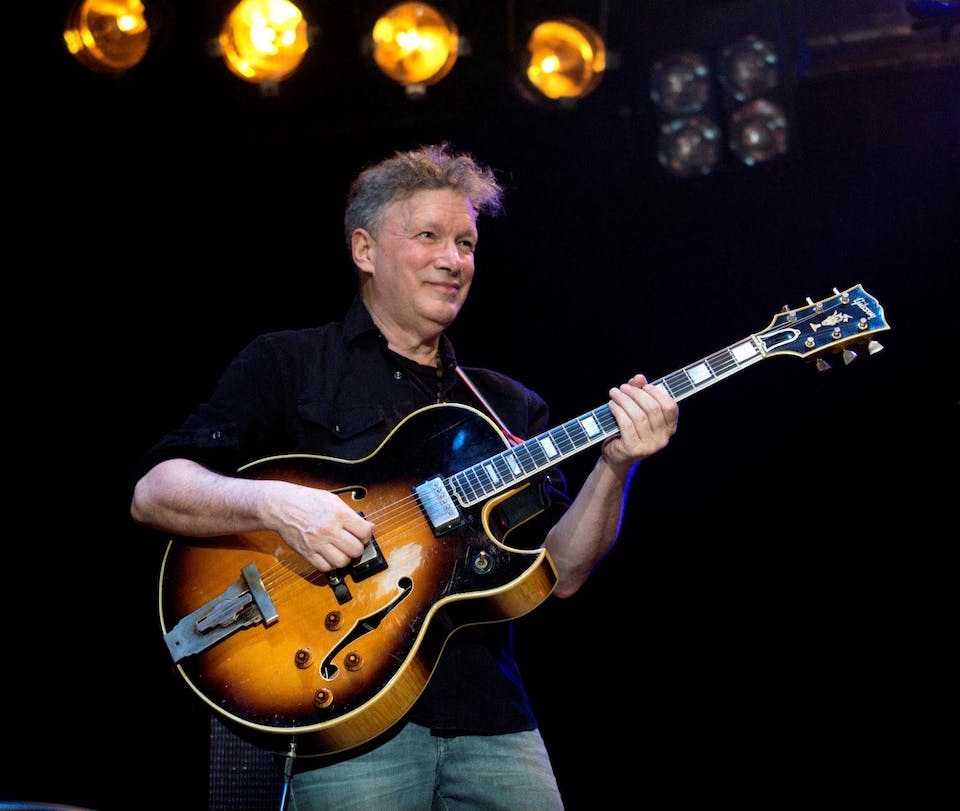 iCal
Google
An annual tradition--the amazing Steve Kimock and his talented friends take over Sweetwater for the weekend!

Steve Kimock has proved himself a master of fluid improvisation for over four decades, in the process inspiring music fans with his transcendent guitar speak voiced through electric, acoustic, lap and pedal steel guitars. With his multi-decade reputation as a blazing psychedelic guitarist versatile enough to touch almost all aspects of American music, Steve Kimock continues to evolve creatively as illustrated in his last two critically acclaimed records, a romantic pop collaboration in Satellite City and an experimental solo effort in Last Danger of Frost.

While one can say that his genre is rock, no one niche has ever confined him. Instead, through the years, he’s explored various sounds and styles based on what’s moved him at the time, whether it’s blues or jazz; funk or folk; psychedelic or boogie; gypsy or prog-rock; traditional American or world fusion.

Threaded through this expansive and highly nuanced musical landscape is Kimock’s signature sound, the prodigious product of his ability to articulate crystal-clear tone, melody and emotion into intricately woven music crafted with technical brilliance. His passion and devotion to performing live is matchless, and his unparalleled ability to embrace and capture his audiences musically is the stuff of legend.