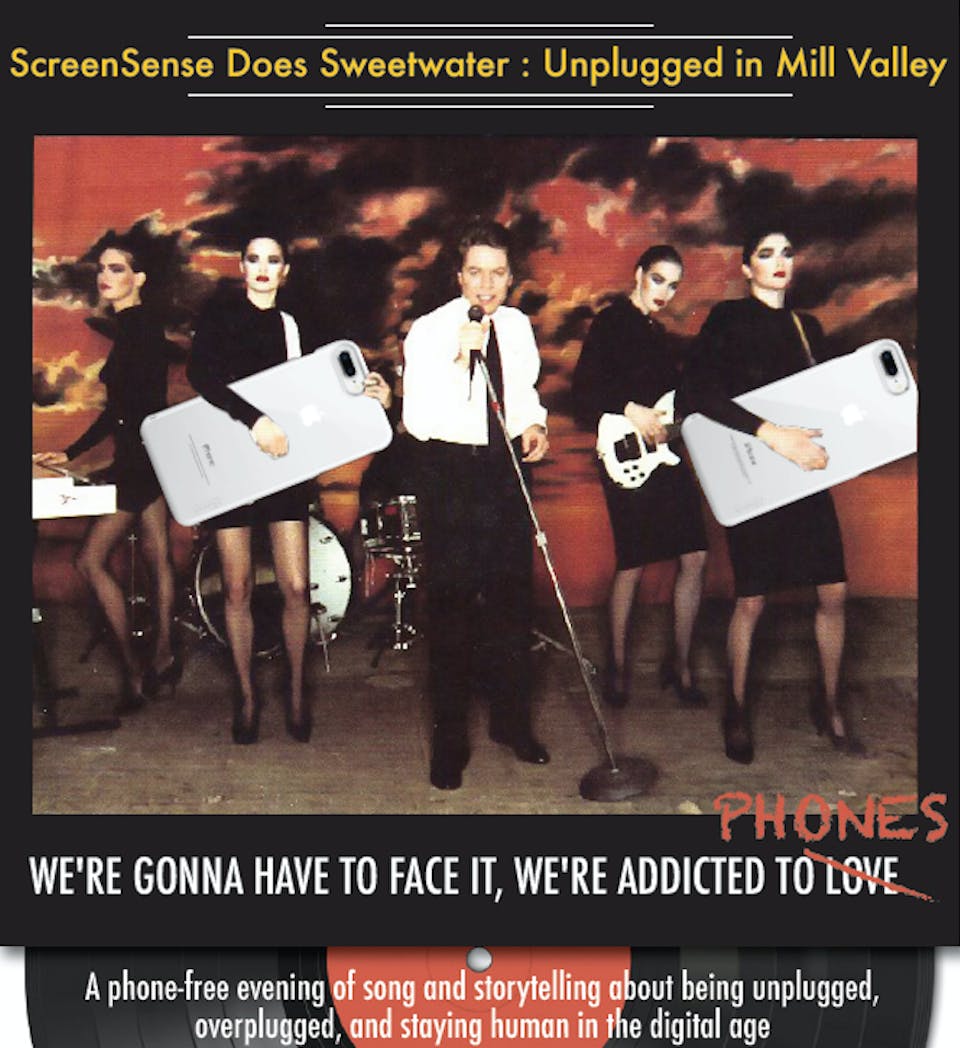 From ScreenSense, the Mill Valley resource that's helping people find a healthy relationship with screens, comes a phone-free event that asks: What does it mean to stay human in today's digital world? Come hear some of the best musicians, storytellers, and performers in the area as they share their stories of being either unplugged, overplugged or trying to parent in the age of screens.

Produced by Moxie Road Productions and emceed by its co-founders, Tarja Parssinen and Janine Kovac, the evening will feature live music from the dBRx Band and an all-star lineup of speakers.

If you would like to further support the efforts of nonprofit ScreenSense, please consider making a donation here.

Accomplished poet, performer, and student delegate from the International Congress of Youth Voices, an organization founded by Dave Eggers and Amanda Uhle as a means to unite young people for a weekend of collaboration, to amplify their ideas and energy, and to provide a path to leadership for all delegates.

Speaker, visionary entrepreneur, artist, and community maker, Grace Kraaijvanger is the founder of The Hivery, an award-winning co-working space in Mill Valley and San Francisco.

The lifestyles editor, reporter and columnist at the Marin Independent Journal, Vicki Larson is a long-time award-winning journalist and the co-author of The New I Do: Reshaping Marriage for Skeptics, Realists and Rebels.

Rabbi Sydney Mintz has served as a Rabbi at Congregation Emanu-El in San Francisco since 1997. Her one woman show "You May Think I'm Funny, But It's Not" premiered at the Marsh Theatre in San Francisco in 2018.

Alan Scofield is Marin’s popular dance master, but he’s also a beloved storyteller in the schools and on his website, TheStoryHome.com. His acclaimed new program, STORYTELLING FIRST, inspires children to love creativity, embrace language and tell their story.

Tommy Toy is a musician, member of the band dBRx, music educator, and founder of WOW Music Studios in Mill Valley.