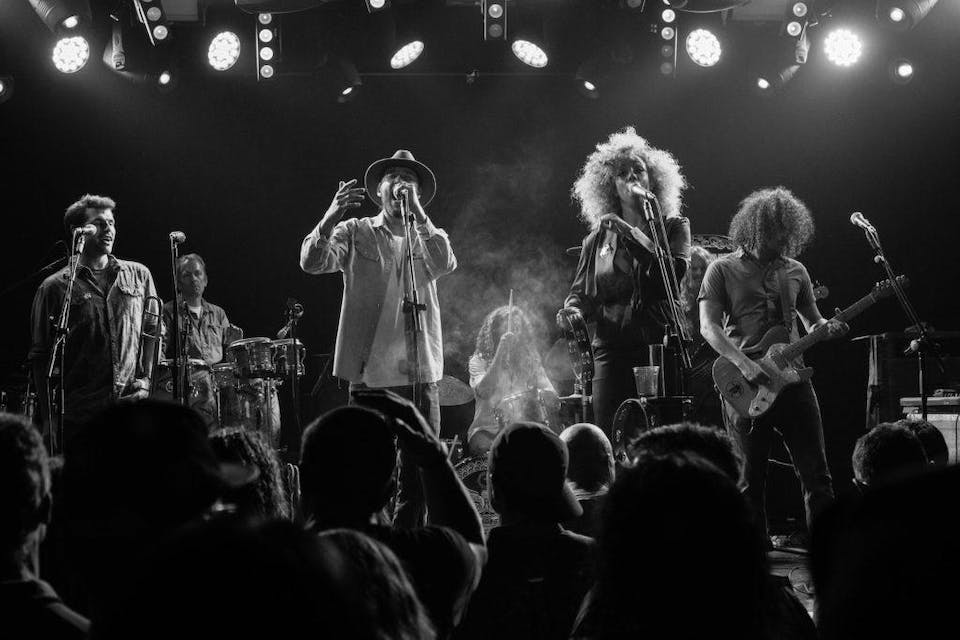 with Gene Washington and the Sweet Sounds

Gene Washington and the Sweet Sounds

For nearly twenty years ORGŌNE (a universal life force, pronounced or-gōne) has churned out gritty funk and soul recordings and toured relentlessly across the United States and Europe. Traditionally both the studio and live iterations of the band drew on a tight-knit collective of the West Coast’s finest funk and soul musicians—although founding members Sergio Rios (guitar/engineer) and Dan Hastie (keyboards) have been constant anchors. However, since late 2013, Rios and Hasite have been joined by Dale Jennings (bass), Sam Halterman (drums), and singer/lyricist Adryon de León to form a permanent nucleus.

Establishing a solid core of musicians was instrumental in creating such a cohesive, tight LP. “It allowed us to develop trust and be vulnerable with each other,” says de León. From the a cappella opening of “All Good Things” to the dance floor filler “Easy Love,” Reasons packs a punch. It’s as if the listener is transported back to those sessions in Joshua Tree, staying up late and jamming with the band. As a producer, Rios shines: “I’ve learned to stop being so precious about every little detail. It’s just art. Sketch your picture and move on.”

That immediacy, a sense of capturing moments, saturates Reasons. Take the second cut, “Hands.” Rios’ rhythmic guitar figure kicks the tune off, perfectly syncing up with Halterman’s solid boogie beat, dense percussion, and Jennings’ fuzzed-out bass line. The verse brings down the dynamics (tom fills replace that driving beat), but de León’s urgent plea for “less talk, more action” keeps the energy high. The massive chorus drops in after sixteen simmering measures and is pure joy. Hastie’s edgy synth line perfectly complements de León’s straightforward command: “Let your hands do the work.” ORGŌNE manages to start the party and fill the dance floor, but they also dim the lights in an undeniably sexy bridge. At first, de León launches into the vocal stratosphere before coming back to Earth with delicate harmonies as the band channels late 70s Fleetwood Mac. A few half note hits later and we’re back into the glory of the chorus. In just over four minutes ORGŌNE seamlessly channels disco, boogie funk, and smooth 70s California rock.