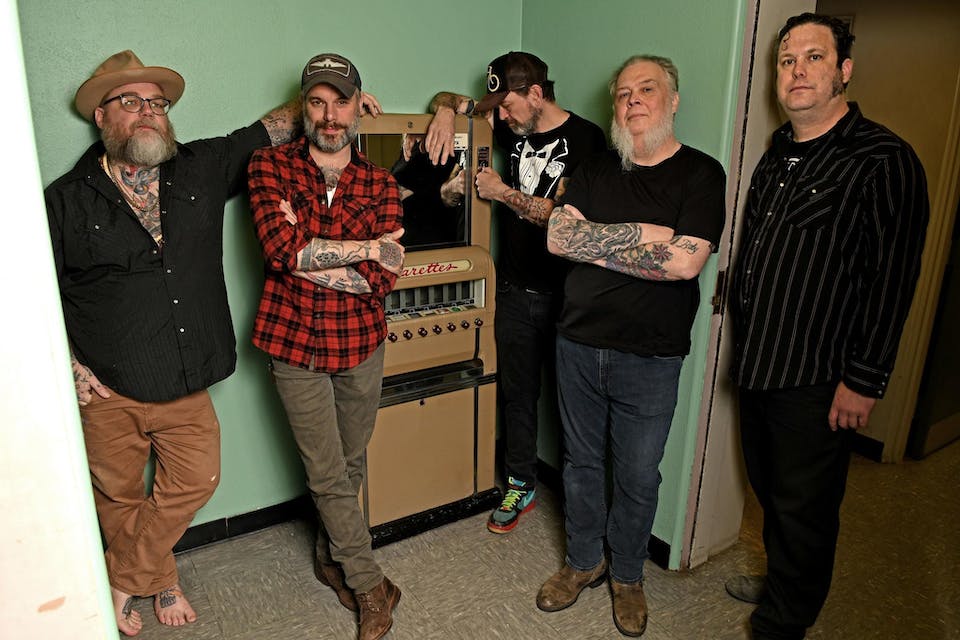 Lucero has long been admired in their hometown of Memphis, where they have hosted “The Lucero Family Block Party” every spring for a number of years. At the 2018 Block Party they celebrated their 20th anniversary as a band, with the city’s Mayor Jim Strickland officially declaring it “Lucero Day.”

The group found their name in a Spanish/English dictionary. “Lucero” is variously translated as “bright star” or “morning star.” None of them can speak Spanish. It’s been two decades since original members Ben Nichols, Brian Venable, Roy Berry, and John C. Stubblefield (keyboardist Rick Steff joined in 2006) started playing shows in Memphis. The band’s first show was April 13, 1998 at a warehouse space across the street from what is now the National Civil Rights Museum, the infamous Lorraine Motel where Martin Luther King Jr. was shot. Their first set was six songs played to about six people. On August 3, 2018, record release day for "Among the Ghosts," the band co-headlined Red Rocks Amphitheater in Colorado. The band’s ninth studio album, "Among the Ghosts," is their first for noted Nashville indie label Thirty

Recorded primarily live as a five-piece, "Among the Ghosts" eschews the Stax-inspired horns and Jerry Lee Lewis-style boogie piano featured on some of the band’s past recordings for a streamlined rock & roll sound that pays homage to their seminal influences as it seeks to push that legacy into the future. For a band who carried the torch of the alt-country movement back in the 90’s and helped pave the way for what is now called "Americana," Lucero have re-discovered what inspired them in the first place. The sound is more their own and at the same time not exactly like anything they’ve done before. This is a band settling into their craft. The 10-song disc’s title is both a tribute to the spirits which roam the streets of their fabled city, as well as the hard road the determinedly independent band set out on 20 years ago. The band played around 200 shows per year for many of those 20 years. With a nod to his younger brother Jeff Nichols, an acclaimed filmmaker whose movies include "Loving," "Mud," "Take Shelter," "Midnight Special" and "Shotgun Stories," Nichols has written songs that are cinematic short stories, steeped in Southern gothic lore. There are nods to regional authors like Flannery O’Connor and Faulkner, as well as newer writers like Larry Brown ("Big Bad Love", "Fay"), Ron Rash ("The

As the first album he’s written since his marriage and the birth of his now two-year-old daughter Izzy, Nichols approached the task as a narrator rather than in first person. It’s a dark palette that

includes tales of a haunting (“Among the Ghosts”), a drowning (“Bottom of the Sea), a reckoning with the devil (“Everything has Changed”), a divorce (“Always Been You”), and a shoot-out (“Cover Me”). And that’s just Side A. Side B is a letter from a battlefield (“To My Dearest Wife”), a crime (“Long Way Back Home”), a straight-out rocker (“For the Lonely Ones”) and even a spooky spoken-word cameo from actor Michael Shannon, who has appeared in every one of Nichols’ brother’s films. The song’s title “Back to the Night” references a line from Nick Tosches’ Jerry Lee Lewis biography, "Hellfire." In addition, there’s a song Nichols wrote for his brother’s movie "Loving," which appeared in the film and on the soundtrack, re-recorded for "Among the Ghosts" with the whole band. “You could also say there’s a rescue, a get

away, a survival story and a middle finger to Satan himself,” laughs Nichols. “It’s all in your perspective.” Several songs juxtapose going off to battle with a rock & roll band’s endless touring, shifting time periods like the spirits which haunt the album, the happiness of domestic bliss undercut with fears of loss and the specter of mortality. "Among the Ghosts" simultaneously reprises the past and looks to the future, while being firmly anchored in the present. Musically, the band highlights range from co-founding member Brian Venable’s Dire Straits-meets-War on Drugs guitar pyrotechnics in “Bottom of the Sea” and “Cover Me” to the Springsteen vibe of “For the Lonely Ones”, Rick Steff’s skeletal piano lines on “Always Been You”, John C’s bass lines in “Everything Has Changed” and “Long Way Back Home,” and drummer Roy Berry’s dynamic shifts from the powerful and brutal title track “Among the Ghosts” to the marching drive of “To My Dearest Wife” and the subtlety of “Loving.” Throughout, Nichols’ bourbon-soaked growl has become even more distinctive and commanding. "Among the Ghosts" offers a timeless perspective on Lucero’s distinctive sound. The lyrics could’ve been written 200 years ago or yesterday. Representing a new South compared to the one that’s been mythologized, Lucero have formulated their own ideas and culture which, in some cases, contradicts what came before them (no Confederate flags), but also updates and reconsiders those traditions in a new light.

“I think we’ve tried to remake this place that we love and cherish in our own fashion. We are very proud of where we are from and we’ve spent the last 20 years trying to bring a bit of our version of

home to the rest of the world... It may have taken 20 years, but everything has fallen in place right where it needs to be,” acknowledges Nichols. “There were some dark days in those middle years, but we’ve learned how to do this and survive. We still write heartbreak songs, but now, with a family at home, it’s a whole new kind of heartbreak.”

"Among the Ghosts" lays out that new territory with alacrity, as Lucero shines their Morning Star, burning just as brightly, if not more so, 20 years later. As one of the album’s song titles so aptly puts it, “Everything Has Changed”, but one thing hasn’t... Lucero’s music remains more vital than ever. 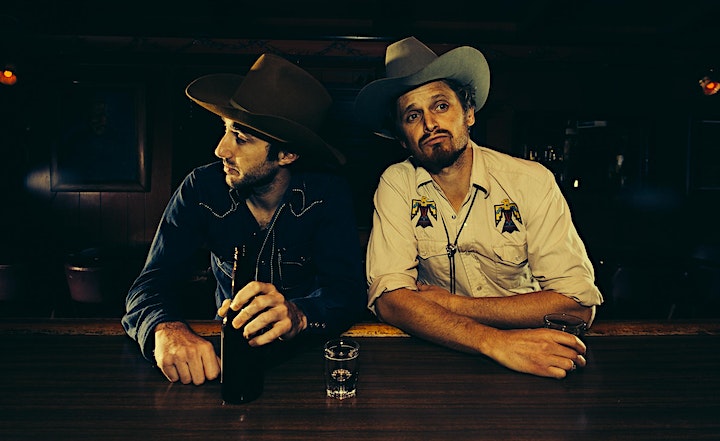 The Easy Leaves run at the front of the Country music herd in their beloved California, headlining and filling big rooms (Great American Music Hall, The Independent, Mystic Theatre), main stage set at Outside Lands Festival (where Willie Nelson told them 'We should play together again'!), and other venerable festivals throughout the land such as Pickathon, Strawberry Music Festival, Nelsonville, Red Ants Pants, Alaska Folk Festival, Hipnic, Treefort, and more. CMT premieres their videos, has them for in-studios ...

But more to the point, they write, record, and perform incredible songs; songs that are meticulously crafted, and have great capabilities of (just plain) moving people.  Under the guidance of Merle Haggard's music, and countless other barroom heroes, The Easy Leaves have written their own collection of poetry for the common man.   The 78 Project, a documentary by Spike Lee's music supervisor currently on the festival circuit, recreating Alan Lomax's historic journey to capture important American Folk music on its home porches found, recorded, and featured The Easy Leaves for their film (alongside Rosanne Cash,  Loudon Wainwright III, Mary Chapin Carpenter, Justin Townes Earl, Richard Thompson and other great talents). NPR, Wall Street Journal, and The New York Times have featured it, and The Smithsonian, Library of Congress, and the Alan Lomax estate are active advisors.