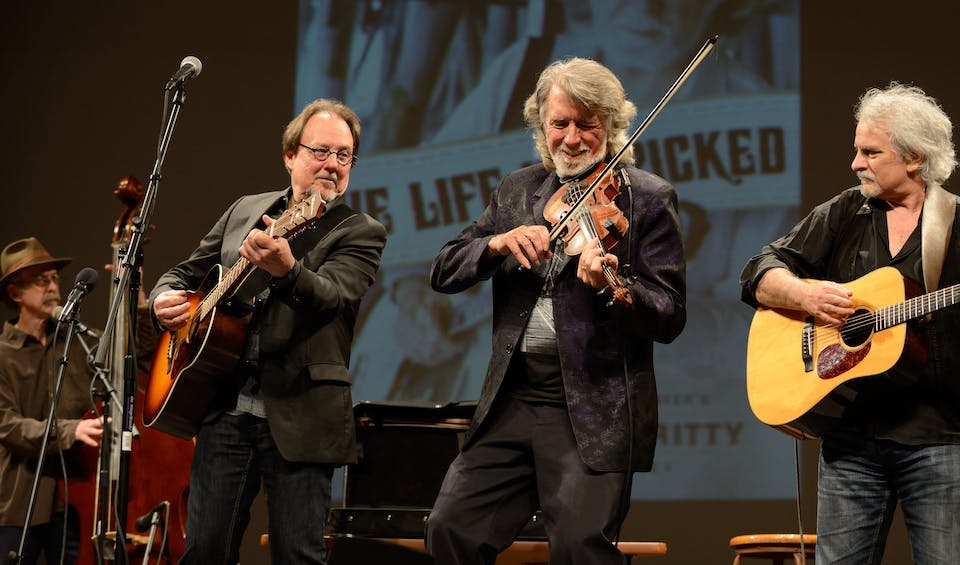 John McEuen & The String Wizards Present: Will the Circle Be Unbroken

John McEuen brings with him 50+ years of worldwide performing with his banjo, fiddle, guitar, and mandolin. Often referred to as ‘the String Wizard’, he weaves stories of his travels and family life (he has raised 7 kids), taking us through where his musical path has taken him.

When John initiated the Will the Circle Be Unbroken album with the Nitty Gritty Dirt Band it brought together the icons of Bluegrass, Country, and West coast country rock: Earl Scruggs, Doc Watson, Merle Travis, Jimmy Martin, Roy Acuff, Junior Huskey, Vassar Clements, and Maybelle Carter. Six hot August Nashville recording days produced this 34 song benchmark album, relevant to this day – (on Amazon Circle occupies the #1 spot on 3 charts and is #18 on their Country chart).

Appearing in 4 episodes of Ken Burns Country Music, John is thought of as an integral part of the history of country music – In Episode 6, titled “Will the Circle Be Unbroken”, he describes the making of this milestone album.

McEuen has now assembled a unique cast for a special night to share the music and memories of the landmark Will the Circle Be Unbroken record and his incredible career with the Nitty Gritty Dirt Band. The cast includes:

His multi-media show with archival photographs, film, (including 8mm footage from 1967), “…Circle…” session photos, and NGDB music takes us on his 50+ year journey - interwoven with Dirt Band favorites, hot bluegrass, and new music ….

All join host John McEuen, with his banjo, guitar, fiddle and mandolin (in front of the screen) for the hits and stories behind the music, leading up to that magic time when three generations came together. The Library of Congress inducted the ‘Circle’ as one of “…the most important American recordings” (also in the Grammy Hall of Fame).

With classic NGDB favorites and music from McEuen’s new highly praised record - Made in Brooklyn - on Chesky Records. (Stereophile Magazine’s Record of the Month; honored with Best America album by the IMA, 2018) the audience is taken through some of the best years of their lives.

McEuen’s book, The Life I’ve Picked, has over 70 5-star reviews on Amazon.

John was recently inducted in to the American Banjo Museum Hall of Fame.