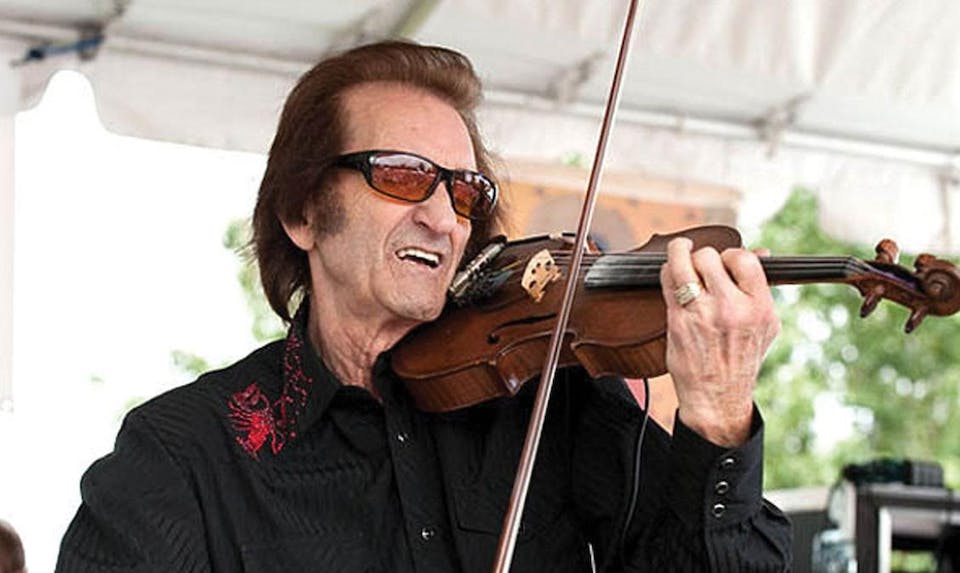 iCal
Google
The Ragin Cajun, king of the fiddle players, brings his magic to Sweetwater's stage.

Doug Kershaw, known as the Ragin Cajun, is considered by most to be the king of the fiddle players. Since his early days on a Louisiana bayou, he still takes a fiddle beyond what most what most people think possible. Doug Kershaw, with the energy of a nuclear bomb, plays so incredibly fast that clouds of rosin soar from his horse hair bow, giving the impression that it is smoking!

Often, he will wear out two or three bows per song - playing, dancing and singing at the same time. Mastering over 20 instruments, many of Doug Kershaw's peers, including the great Jimmy C. Newman, consider him as the best musician, singer, songwriter and performer to ever come out of southwest Louisiana.

Doug Kershaw, who is a key player in the promotion and revival of the formerly disappearing Cajun Culture, was born in Tiel Ridge, Cameron Parish, Louisiana, an island just off the Gulf of Mexico on January 24, 1936 to Rita and Jack Kershaw (...they call my mama Rita and my daddy Jack...) Doug Kershaw is the second of four sons (Ed, Doug, Nelson (Pee Wee) and Russell Rusty).

This is the heart of Cajun country, where French, not English is the native tongue. Doug Kershaw has taken his heritage worldwide with his infectious, foot-stomping sound, making Cajun music as popular as many other forms of music. In the 1960's, Doug Kershaw made his first network television appearance on the premier, "Johnny Cash Show." This performance turned millions of people on to his talents, among them, Warner Brothers Records, with whom he signed a long-term recording contract. Doug Kershaw's many recordings have been steady sellers, not only with country audiences, but spanning all categories.

Songs such as "Diggy Diggy Lo," "Cajun Joe," and "Rita Put Your Black Shoes On," are familiar tunes to Doug Kershaw fans, but none of his works reached the fame of his 1961 autobiographical recording of one of the many songs he wrote, "Louisiana Man," which forever immortalized his family and sold millions of copies over the years. In 1969, "Louisiana Man" was the first song ever broadcast back to earth from the moon by the Apollo 12 Mission.

In spite of his successful and colorful career, Doug Kershaw takes his Cajun heritage seriously. Often, he sings in French, lyrics and melodies learned during his childhood. Doug Kershaw loves to perform and makes his concerts fun and enjoyable for his audience. He has no plans to retire. Doug Kershaw is very personable and remembers his fans, often making himself available after a performance to talk to them.

With all his life feats, no one knows what other monumental achievements he will master in his lifetime. Doug Kershaw is truly a master performer, musician, songwriter and a legend. 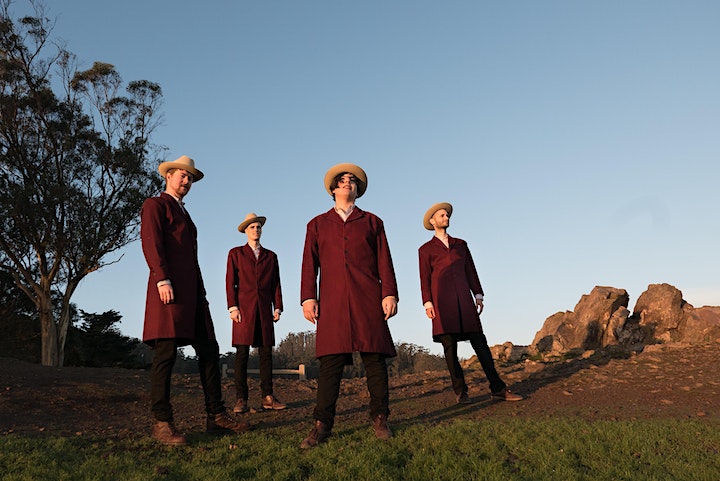 The enigmatic Fog Holler first arose in the foothills of Echo Mountain CA, the product of an intense love of bluegrass and traditional American music shared by banjoist Casey Holmberg, bass-fiddler Noa Laniakea, and guitarist Tommy Schulz. After years honing their craft and spreading the high-lonesome sound, they vanished. With the belief that their music could be pushed further and harder, they retreated to the misty oaken hollows of Northern California. After two years of playing and refining their sound rumors of a four piece band that channeled the spirits of bluegrass past and future have begun to spread ‘round all corners of the deep Frisco Bay. The Fog is rolling in…With the addition of Bay area mandolinist David Thiessen, the group is moving boldy ahead.With five-string banjo, mandolin, guitar, bass-fiddle, and soaring brother harmonies, these troubadours traverse tradition, time and tact, delivering uniquely inspired original music blended into a musical tapestry of bluegrass, old time, and country.